All employees. This is the year both large and small employers pay the same minimum wage.:

Keep in mind that New York and the Federal Fair Labor Standards Act both define various minimum wage exemptions and other labor laws that may apply to employees in New York City. You can find more information about New York's minimum wage and labor laws on this site. 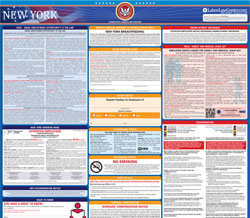